Ray Piscopo is considered to be one of the leading artists in Malta’s art scene. Ray Piscopo’s introduction to the world of art goes back to the early 1970s when as a student at a secondary school, was tutored by Antoine Camilleri (1922-2005), another prominent artist and a favorite with art lovers.

He attended classes for three years under the supervision of Anton Calleja (b. 1955), a well-known artist in his own right who regards the study of the human figure as essential in academic training. Ray also attended Luciana Notturni’s workshop on mosaics in Ravenna, Italy. For three years, he also attended classes at the Mosta Institute of Arts and Design in Ceramics under the tutorship of George Muscat.

In 2005, Ray served as a member of a specially formed Healing Arts Committee through the Foundation for Medical Services, entrusted with the embellishment of public spaces within Mater Dei Hospital with artworks. The Committee commissioned MCAST art students to create 615 works, and also organized a public competition around the main theme; A Madonna for Mater Dei Hospital.

In 2008, Ray won the 2nd Prize in an art competition: 3°Premio Piero Della Francesca in Arezzo, Italy. In 2009, Piscopo attended a three-week art masterclass in Salzburg, Austria with Hubert Scheibl, a prominent artist in Germany. He used a style much similar to artist Gerhard Richter, scraping over various layers of paint. In 2010 he attended another masterclass session at the SommerAkademieVenedig in Italy, with the renowned Senegalese artist Amadou Sow, best known for his microprinting techniques.

Throughout his career as an artist, Ray experimented with various media, starting with oils, then passing on to watercolor and gouache. He also uses acrylics which he finds satisfactory when needing to create quick textures with the brush. Recently, Ray has been liberally making use of mixed media on canvas and has returned to the use of oil paint.

Ray has been very successful in solo and collective art shows at prestigious venues, both in Malta and abroad. His paintings are also found in private art collections in Malta, Italy, Ireland, Austria, England, France, Norway, Canada, Australia, and the United States of America. 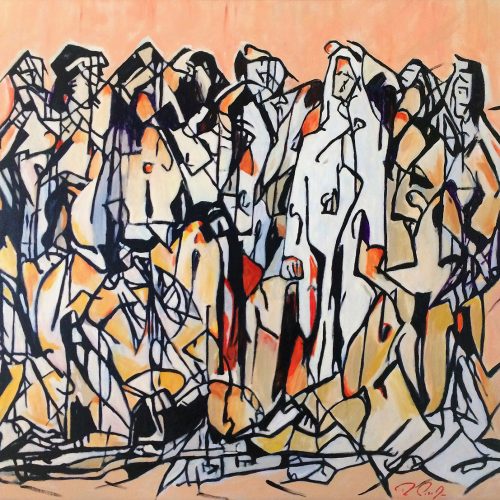 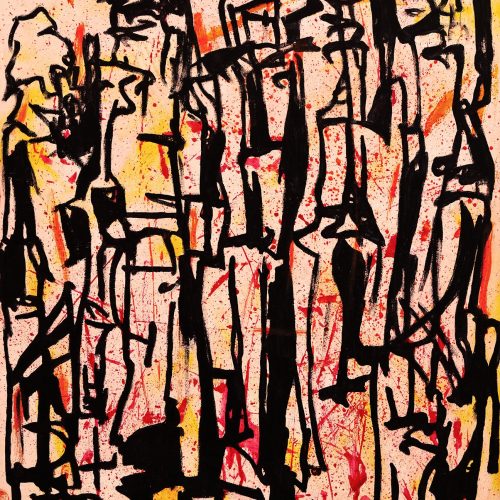 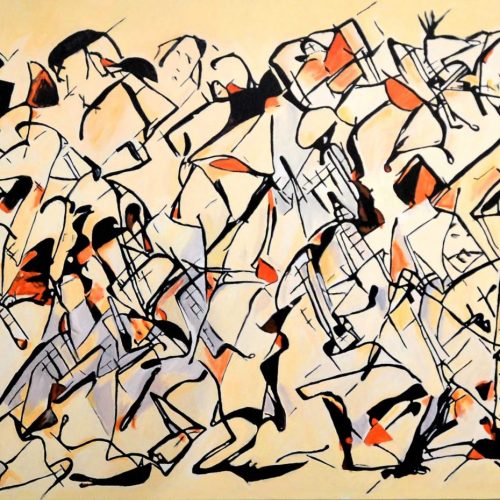 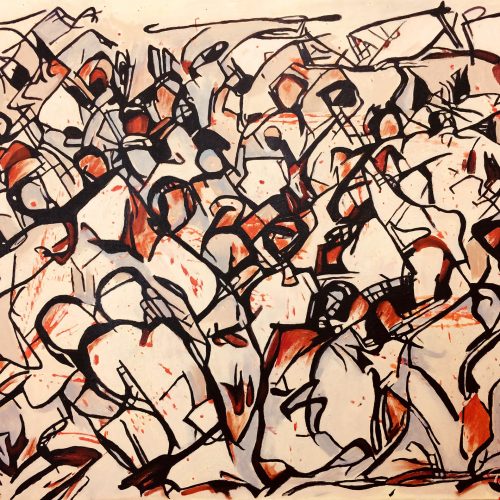 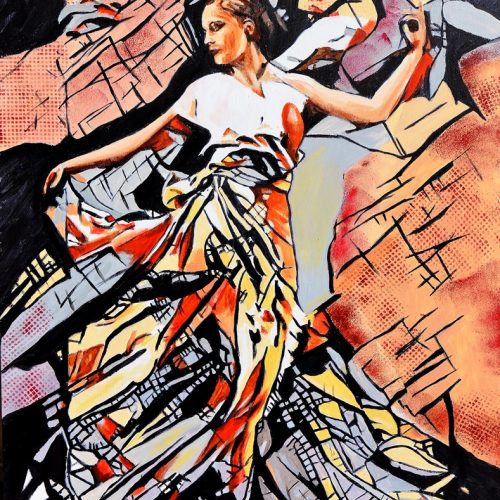 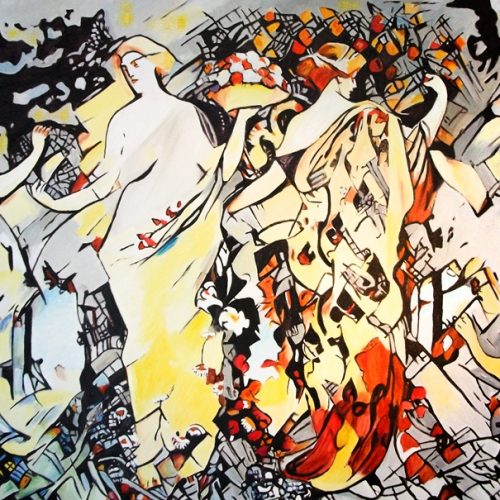 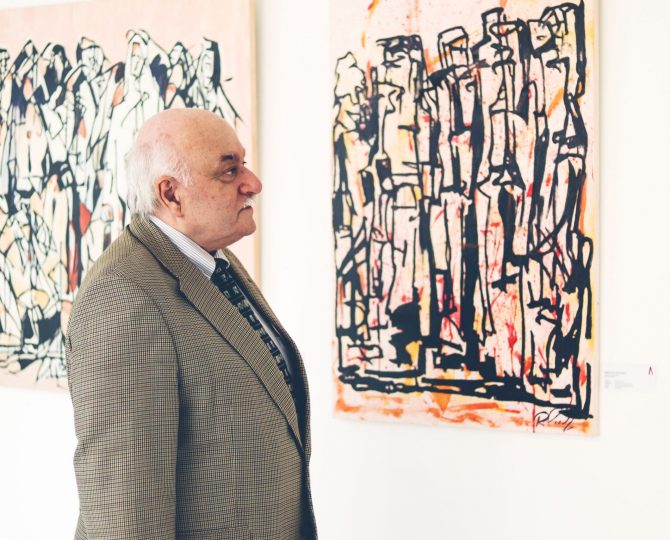 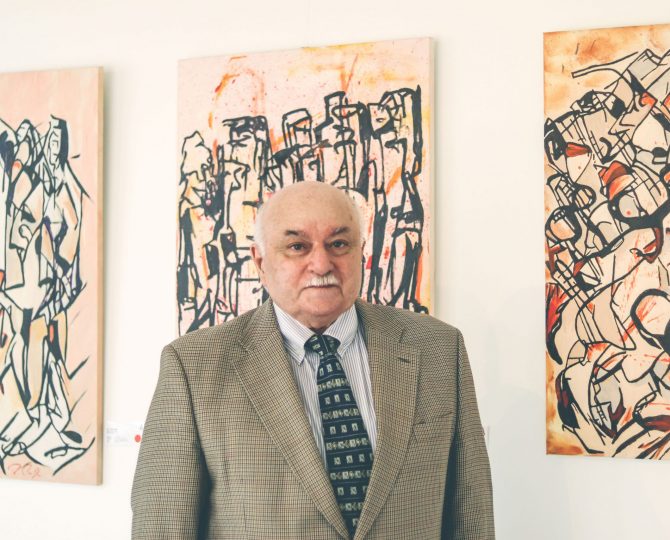 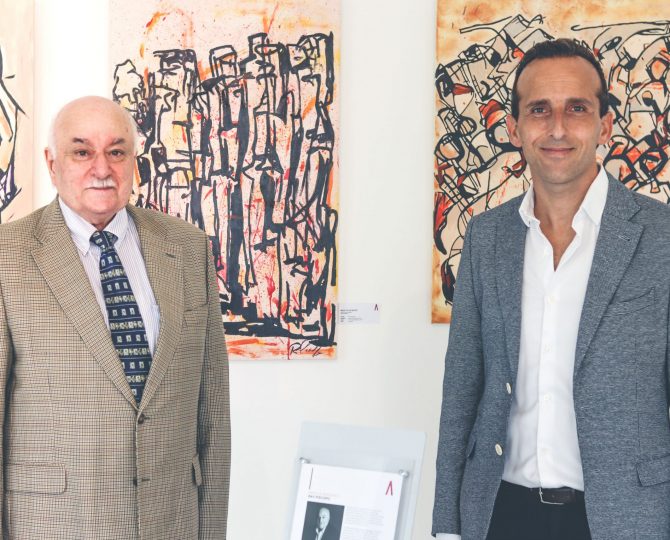 We are very excited to announce a partnership with Ray Piscopo, an established local artist in need of no introduction. Piscopo’s interests lie in motion, movement, colour, vibrancy and order and this is manifested in his abstract and contemporary works of art.

To mark this partnership, we have recently had the honor of inaugurating an exhibition consisting of nine of his latest works at the Cavalieri Art Hotel’s curated gallery.

This collection is available for viewing at the Cavalieri Art Hotel from Monday to Sunday until further notice. Prices on request.

You can find out more about which cookies we are using or switch them off in settings.

This website uses cookies so that we can provide you with the best user experience possible. Cookie information is stored in your browser and performs functions such as recognising you when you return to our website and helping our team to understand which sections of the website you find most interesting and useful. For more information, kindly view our privacy policy.

Strictly Necessary Cookie should be enabled at all times so that we can save your preferences for cookie settings.

If you disable this cookie, we will not be able to save your preferences. This means that every time you visit this website you will need to enable or disable cookies again.